Here are the Armies Army Enemy Unknown all done. I had real trouble deciding on a colour scheme for these and almost did them (space)Wolf grey. I went with this scheme with modern video games loosely in mind. It's a light grey/dark grey with teal lights.

The dark grey parts were an afterthought that really tied them together, but was quite a bit of effort to get looking right. Working with two tones of grey as main colours is tough to balance. Luckily, these sculpts have quite a lot of hard edges on the face and armor to highlight.

The eyes were just washed with thinned teal paint, then dotted with white. I'm pleased with the result to effort ratio! I liked it so much I went a bit nuts with some OSL on the support weapons and leader's arm computer.

Inspired to do more lighting effects, I finished off the Russian Empire figures, as I had a few specialists left to do. 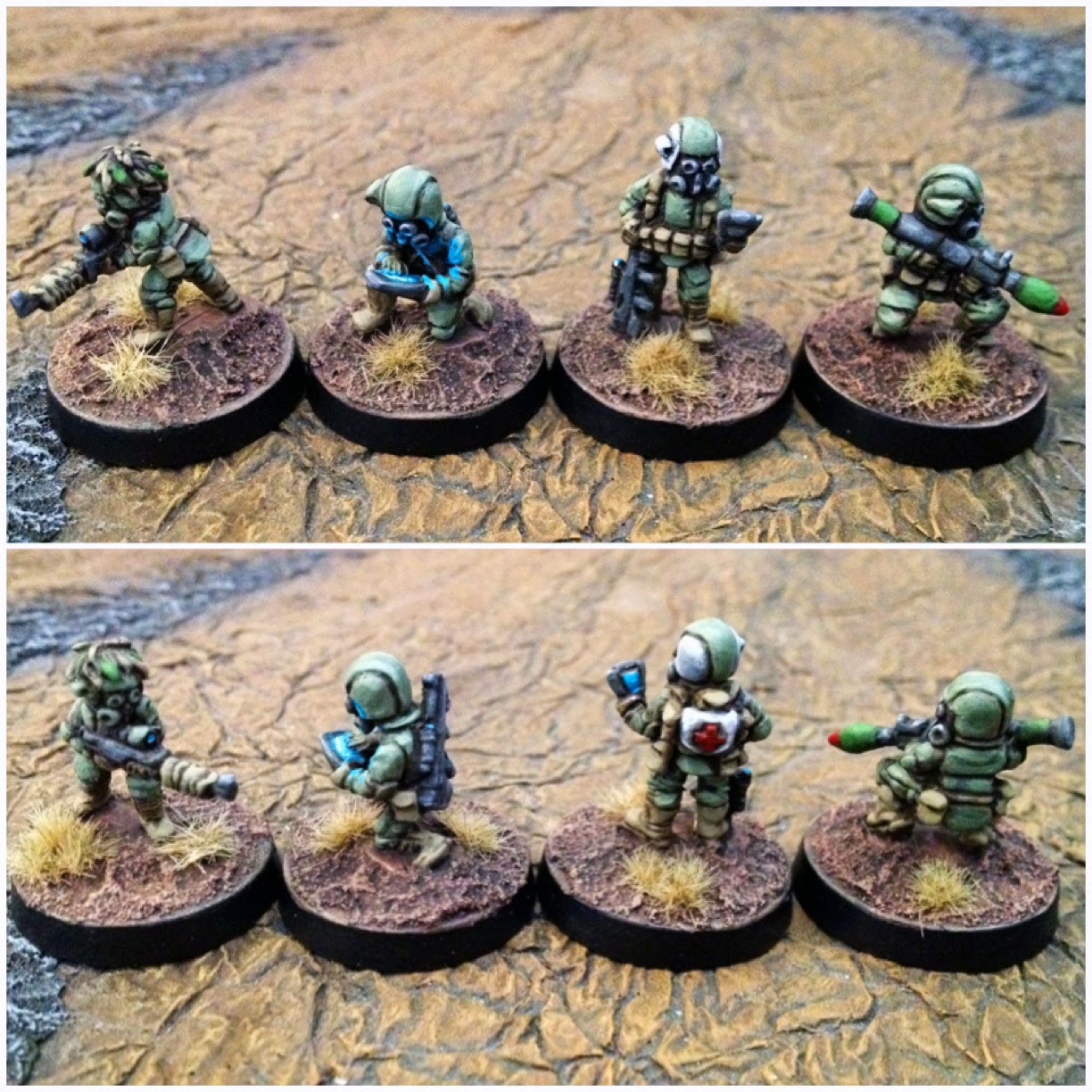 These guys (and some un-pictured troopers) rounded out the Russian Empire figures I ordered. With what I have painted, a campaign around a platoon and it's assets can be easily run. These specialist just ooze character, and were a treat to paint. While I was on a teal lighting kick, I threw on some glow on the chap's iPad. The extra splash of colour really helps liven up the unit, as the basic uniform is suer-drab. All the figure's scopes got a teal lens and highlight too, although barely visible.

Exhausted by all this output, I dragged out the remaining bits of city ruins in my collection and re-based them in front of TV. There is a lot of dry brushing in my future, but its very satisfying to have my terrain all shaping up cohesively.
Labels: Armie's Army