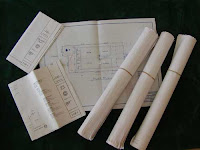 I haven't finished much or done any photos lately, so I thought I'd just do a quick post about what's been going on in Spacejacker land.

First of all, I've decided on a new way of looking at units to get through the lead mountain a bit faster.

I will from now on paint 5 model "teams". This was inspired by the 28mm game MERCS, and the Lead Adventure 5-model packs in their PA range. Both these ranges (and the Pig Iron minis) have been tempting me into "small scale" 28mm gaming.. But I have resisted. Another scale is a terrible idea... It would turn into a terrain building spiral that I may never escape from.

Last night I started by selecting 5 characterful aliens and treating them as a little team rather than worrying about what army they might be the core of etc. It worked, and I now have them almost done. Only having 5 minis visible on the painting  table is a huge motivator for me and I concentrate better. Consequently I think I do better paint jobs than when I have loads lying around -and my old GW army instincts make me start thinking about shortcuts. (Photos tomorrow)

I tried out Wastelands 3.0, and while it has a lot of good ideas,  found it a bit lacking in tactical interest. My enthusiasm for post-apocalypse gaming has been ignited though and I am still excited about the models I have planned.
While I haven't been painting or gaming much, I have had a chance to hack away at some rules on my iPad from time to time. I've returned to Cinematic Skirmish rules, with a concerted effort at translating Eureka's swashbuckling rules into a John Woo bullet-fest game. I have posted about this earlier, but now I have something a bit more solid. It has evolved considerably from the source material.

TONS of great stuff has been coming out lately, but I am overcome with guilt when I look at my overflowing unpainted minis drawer. Following is a short list of stuff I want to get painted before I buy any more figures.


To close on an exciting note, Jon from Khurasan has asked me to paint some new models, which should be arriving soon. I can't say what they are, but I can say they are pretty darn cool.