Having built some more ruins and platforms, I wanted to start decorating them a bit beyond plain colours. I spent some time in photoshop making little posters and signs and printed them out on photo paper. The quality isn't amazing, as my printer isn't very expensive. For the scale though, they look fine.
I've started calling my Titan Marines the "Zeig" so made some of this look like Space Nazi propaganda and signage.

This has unintentionally begun generating background fluff for my games. The planet the battles will be taking place on is an old mining and refinery frontier world. It was recently attacked by the Zeig Empire and has been thrown into chaos as a result. The Zeig are being fought by rebels, alien profiteers and mercenary companies looking to further their employer's aims in this time of upheaval. 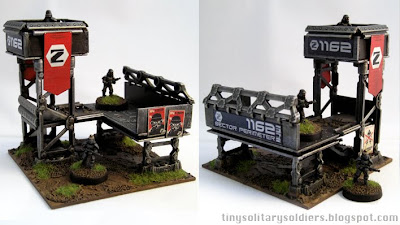 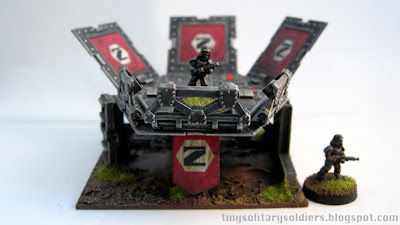 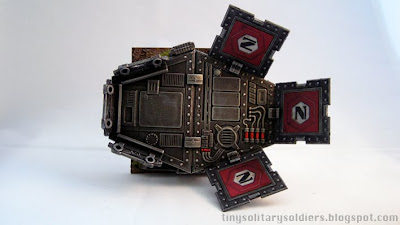 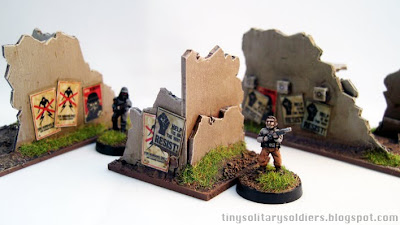