Using my iPad instead of printouts 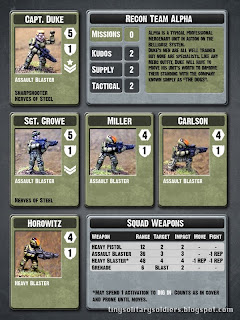 One of the problems of Solo gaming is having to keep track of too much stuff and forgetting what's going on. I've always wanted to make squad roster and quick reference cards to help make this simpler. Problem is they take up a lot of space and I want to be as minimal as possible.

I've settled on the excellent (and free) ruleset "Chain Reaction 3.0" by Two Hour Wargames. For me it's the right mix of detail and abstraction, speed, and unpredictability. Plus it plays better solo without further house rules than almost anything I can think of.

As the rules don't cover very much in the way of creatures and weapons beyond basic 20th century human vs human combat (the full price versions of THW games contain this sort of content), it is up to the user to make up a lot of in-game stats for things. The cool thing is that the stats are so simple that it doesn't take very long, plus there are no points systems so you don't have to worry about balancing.

Having all this set out on Quick Referee Sheets rather than trying to remember it all, makes a solo game more fun because you can concentrate on the action instead remembering things.
So I whipped up some weapons and special rules for aliens, decided to use the expanded armour rules from the THW yahoo group, and slightly modified the encounter procedure for my Kra'vak figures.
I also came up with a simple campaign advancement system which gives the unit some collective values to keep track of things like supply and tactical intelligence without getting bogged down in record keeping.

I made some nice looking graphics for all this and used photos to ID the figures (Meaning no need to mark the miniatures in any way) then put all this stuff onto 1024x768 132dpi JPEG images and loaded them onto my iPad. Now I can flick between squad, enemy and reference charts easily and without taking up much space. 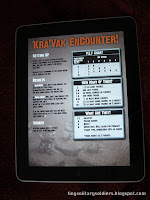 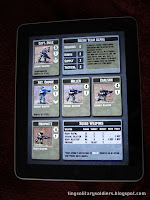 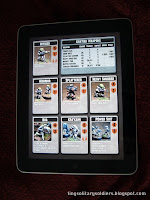 I am planning on making all of my modified and vanilla CR3.0 charts into images like this, so I can have all my QRS sheets in one place and looking nice.

Yeah, I know it's not neccesary at all, but it enhances my immersion to have some pretty graphics on hand instead of plain text and charts. Plus it saves on printer ink and paper ;)
Labels: Two Hour Wargames